The Cautionary Tale of Boaty McBoatface

If you've ever been on a large boat, you know that they're impressive wonders of technology. They can move impressively fast and they can carry a lot of weight. The one thing they can't do is turn quickly -- once they're going in a certain direction, they tend to stay in that direction.

The people who have created the Boaty McBoatface scenario need to understand that. And, for any other businesses that wants to implement crowdsourcing by Internet for key decisions, it can serve as a cautionary tale.

The quick synopsis: England's National Environment Research Council decided to open up suggestions for a new research ship to drum up interest in the project. One former media type suggested Boaty McBoatface as a tongue-in-cheek suggestion.

And then the Internet happened.

So, needless to say, Boaty's winning. By a fair margin. And while the NERC initially embraced the publicity, it seems to be, well, battening down the hatches and trying to steer its PR ship into a better direction (by the way, how awesome of a title is First Sea Lord???). After all, the final name will be "selected by the NERC." 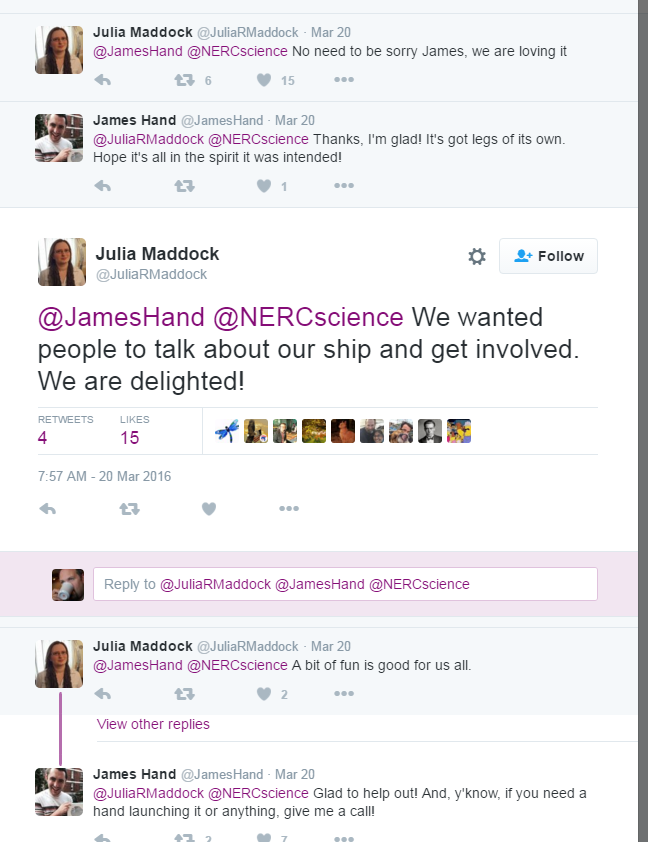 If the NERC does decide to overrule the public it's a horrible decision and will undo all of the positive benefits this exercise has unwittingly provided.

If you're opening something up to the Internet you have to take the good with the bad.

The problem is that you can't have it both ways. You can't, as the Tweet above stated, "[want] people to talk about our ship and get involved" and be "delighted" then ignore the very impetus for that social momentum.

Yes, Boaty McBoatface is a pretty odd name and most certainly not the distinguished reflection of Her Majesty's proud naval history. But how many people who voted knew about the NERC? How many of these voters, or people who have followed along with the social media conversation, suddenly learned about the research initiatives that these vessels support?

When you open up your brand to crowdsourcing, you run the risk of dealing with the more juvenile side of the Internet. But save for responses that are racist, sexist, homophobic, libellous, or any other socially wrong or illegal "ist" or "ic" that's out there, if you choose to go that route, you need to accept what you get back.

But they are going to be the responses you may get when you crowdsource on the Internet.

The ramifications of using clauses and caveats buried in a terms and conditions, though, can be far reaching. Any goodwill towards your brand could be turned against you. You lose credibility and trust in the eyes of your audience. And you eliminate the opportunity for future engagement with the public because you've shown that their opinions don't matter.

Even now, anything less than a Boaty landslide would be seen by the general public as evidence of vote manipulation or ballot stuffing. If, all of the sudden, a respectable and dignified name emerges as the winner on Apr. 16, it will be met with skepticism.

And that type of manipulation happens. I once worked with a company that ran a social media contest exactly of this nature -- looking to the customers to choose a new name. Unfortunately for the participants, the name (and packaging, branding, and marketing) had already been chosen. The "contest" was an exercise in engagement, but the payoff was false.

The NERC has set a course for crowdsourcing and it should deal with the results -- some of which will be overwhelmingly positive. After all, how many people would care about the anonymous launch of RRS Endeavour? Maybe a select few research vessel wonks, but that's about it.

But the launch of RRS Boaty McBoatface? That's an event with mass appeal. And an opportunity to launch an ongoing relationship with an entirely new audience. 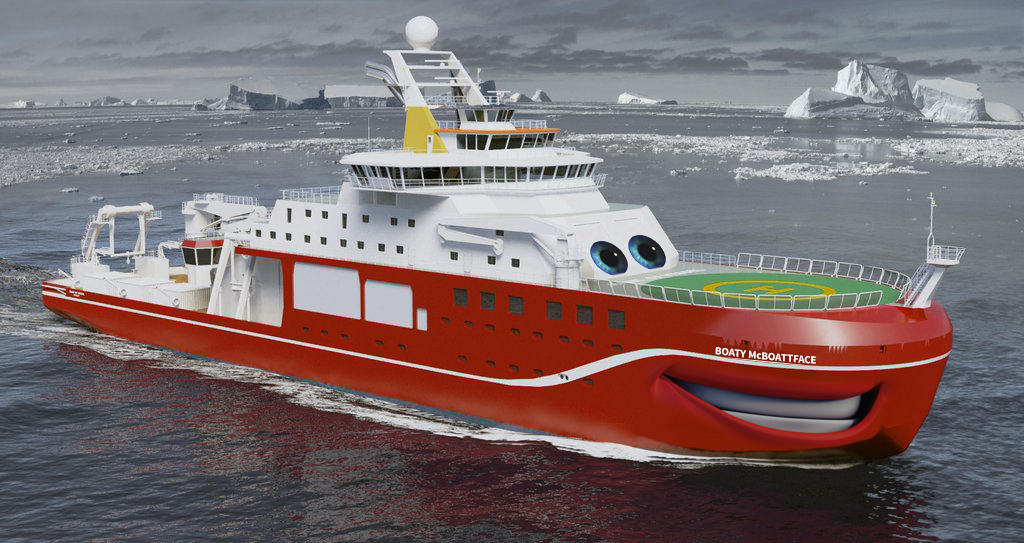 Should I crowdsource on the Internet?