Who Needs to Know? Communicating to Scale

Effective communication gets exponentially more challenging the larger your team. When you’re working with a handful of people in an office (or remotely), it’s easy to keep in touch and know what everyone’s doing. In small companies, most employees are cross-trained and assigned multiple roles, so there’s overlap. The benefit of that is everyone knows everyone else’s business -- and you all know where the feet are, so no one steps on them.

But what about when you’ve got hundreds of staff spread over multiple locations? It’s safe to say that not only people won’t know what other people are doing -- they may not even know who they are. Communicating in this type of environment is far more difficult and it’s where I developed a philosophy that has helped make communications not only more manageable but also a more effective leader and teammate.

That philosophy? Focus on answering the question: “who needs to know?”

Over a decade ago, I began a three-year stint as marketing manager with the London Public Library. Its business model has hundreds of staff divided into various service teams like lending services and facility services each of which had their own roles and responsibilities across 16 locations/branches.

At the time, I was coming to the library from a small marketing agency, where task delineation often came down to an “If you can do it, great!” mentality. Unfortunately, this mentality did not scale to a large institution like a library. It caused me to inflict some disruption and aggravation in the organization and I blindly stumbled around, inadvertently “stepping on toes” and needlessly doing other people’s work.

I quickly learned that how you communicate in a small, semi-chaotic agency is not applicable to a well-organized institution that thrives on distinguishing roles. You run the risk of communicating too much information (yes, it is possible). And when you’re communicating content that’s not relevant to people, they eventually tune you out -- and you run the risk of them ignoring valid content.

I needed to evolve and adjust my work habits to meet the needs of this new environment.

That’s when I decided that the most effective way to communicate was to first answer, “who needs to know?” It became a mantra for me, to the point where I added a sticky note to my monitor to remind me to pause, think, and evaluate before rushing into my next step.

Communication to service leaders was the number one priority for me to change. This change in mindset helped me adapt to a culture I was not familiar with and made a lot of other people happier as they were now performing their role and I was performing mine.

Using the "who needs to know" mantra:

Our marketing initiatives became increasingly easier to introduce to each library branch because they were no longer unexpected or forced upon departments -- the right people knew and were able to disseminate information to the people in their service areas.

In larger organizations, it is absolutely vital to keep the communication to your managers flowing. In the case above, we cascaded information to section managers or leadership groups, who then shared that information with their teams in a way that’s relevant to their roles.

Messages to all 300 staff were still sent, but focused on key organizational messaging.

And that’s the foundation of this “Who needs to know?” mentality. It is something I took with me to future jobs and to my current post at Digital Echidna. It’s about evaluating each and every piece of information that you’re considering distributing and ensuring that it’s relevant for the audience. It’s also important, with every request received, that you think about who else needs to know this. Who else is directly involved or impacted? And make sure they’re kept in the loop. 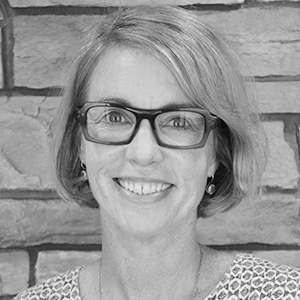