Today is Data Privacy Day. What does one get or give on a celebration like this? Cake? Balloons? How about the gift of a few tips that can help you keep your site secure.

It’s no secret that Digital Echidna eats, sleeps, and breathes Drupal (while also visiting Wordpress on weekends). Our team has built hundreds of websites, portals, and intranets using the Drupal CMS, and for good reason. For site security, Drupal is a proven, secure CMS and application framework that stands up to the most critical internet vulnerabilities in the world.

SECURITY AT THE CORE

Organizations around the world – including leading corporations, brands, and governments – rely on Drupal for mission-critical sites and applications, testing its security against the most stringent standards. The Drupal code is continuously probed, scanned, and analyzed for security vulnerabilities.

Through peer review and a large and continuously growing community of experts and enthusiasts, Drupal's core APIs have been strengthened over the long life of Drupal to mitigate common vulnerabilities. Drupal is designed to prevent critical security vulnerabilities, including the Top 10 security risks identified by the Open Web Application Security Project (OWASP).

Drupal.org and the Drupal Security Team schedule regular release windows for core and security updates. For Drupal 8, feature releases of Core are released every six (6) months, which contain new functionality that can also be safely applied to earlier Drupal releases. This affords sites the ability to incorporate security fixes quickly, with minimal risk.

Many security problems are prevented entirely by Drupal’s strong coding standards and rigorous community code review process. But just in case, a dedicated security team, along with a large professional service provider ecosystem, and one of the largest developer communities in the world, ensure rapid response to issues. The Drupal Security Team (DST) includes approximately 40 people, several of whom are Acquia employees, who work with the Drupal Security Working Group to review and support the security of the Drupal platform.

Drupal has established a legacy for security due to extensive and comprehensive security audits. The DST created a framework to report and prioritize the mitigation of security vulnerabilities discovered both in Drupal core and in Drupal contributed modules.

The DST also provides best practices for secure module development and Drupal website creation and configuration. Support and resources offered by the Drupal community allow for enhanced security through consistent monitoring and the creation of modules to create a security forcefield.

What can I do to keep my website secure? 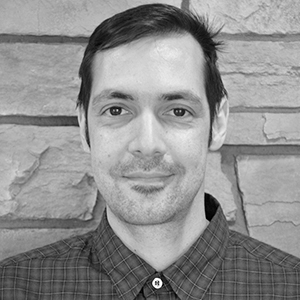